Earlier this week I announced the first envelope-palooza and was pleasantly surprised by the number of people who entered! Apparently the best way to get people to come out of the woodworks is to offer free things! Who knew?! But now that I've forced the people who were casually stalking my blog to say hi, I now know you who are. Hello! Feel free to go back to casual stalking, I won't hold it against you. Just send up a flare every now and then to let me know you're still here.

Not a lot of outgoing this week as a result of being hit in the face with the mother of all colds, which then migrated into my lungs and became bronchitis. Bronchitis! It sounds kind of like a dinosaur and as a result, you'd think that it would be awesome to have, but it is not velociraptor-iffic, that's for sure. I've been working on the same letter all week, and to say that my mind was elsewhere is an understatement. This is a snapshot of that attempt: "Dear...[15 minutes later] what comes next? Oh yes, penpal's name..... [25 minutes later]....how are...." This is what I imagine a neanderthal writing a letter would look like. It wasn't pretty. But I'm on antibiotics now, so hopefully I can upgrade to cro-magnon soon. 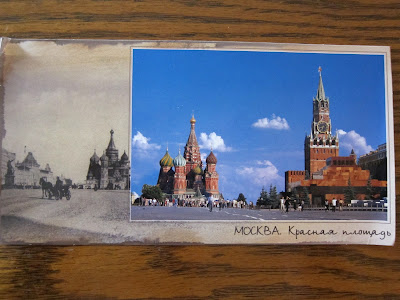 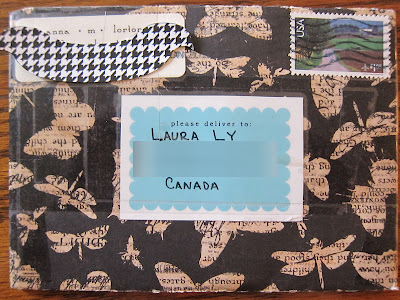 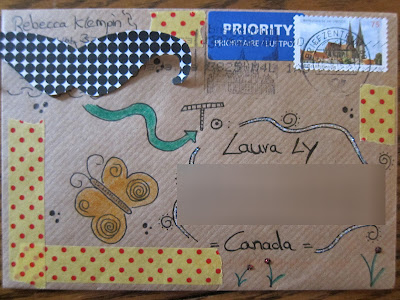 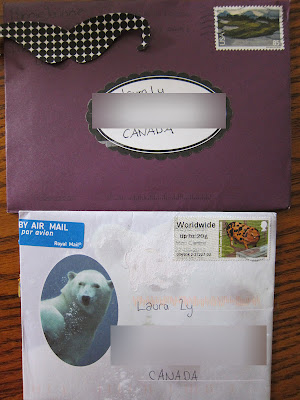 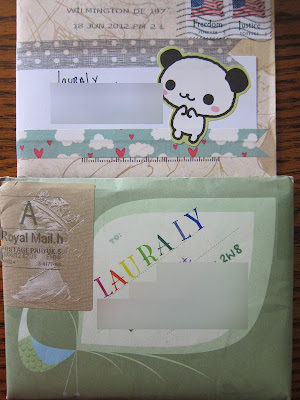 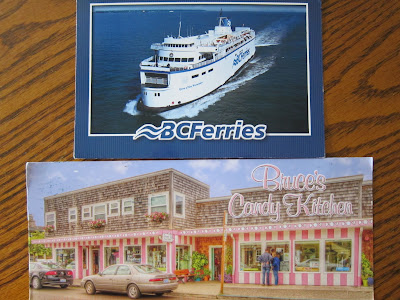 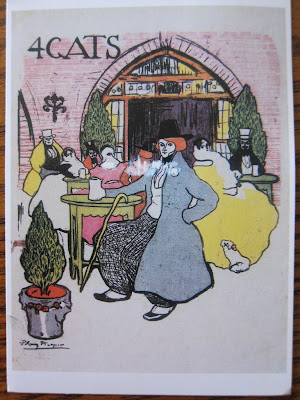 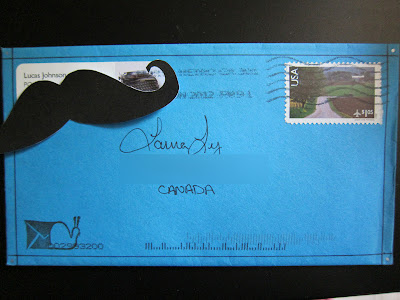 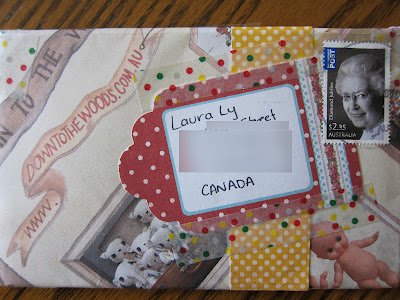 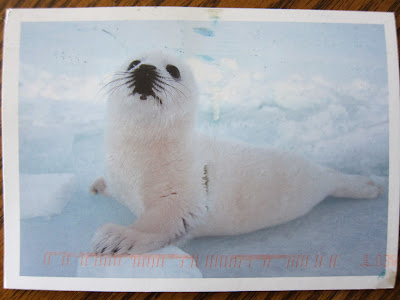 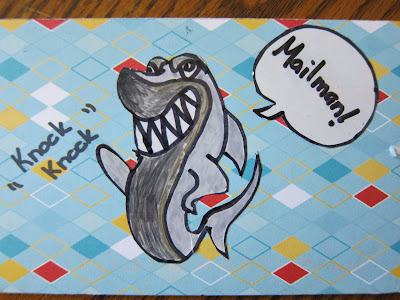 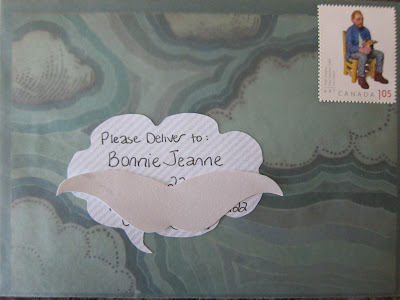 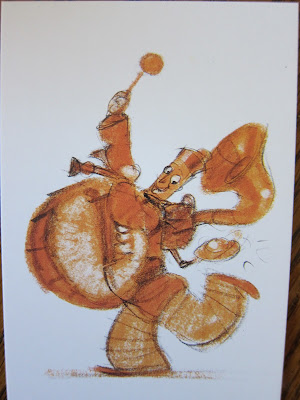 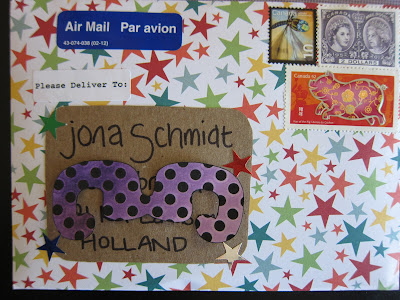 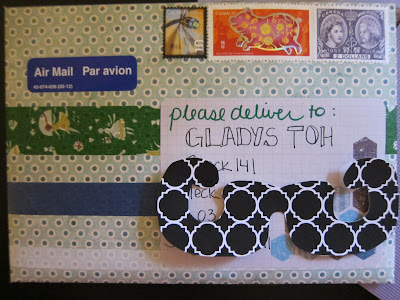 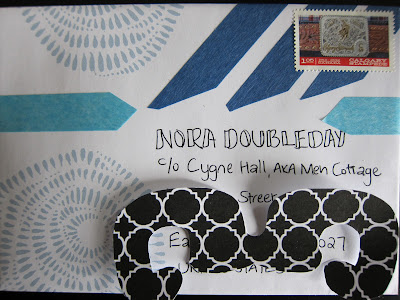 Me out! Have a great weekend everyone. Hope it's free of dinosaur-like sounding diseases.
Posted by Laura L. at 7:25 PM