It's showandmail and tell day!

Hi everyone! Well, it wasn't a gazelle mail week, but it was a tortoise one so no complaints from me! Tons of incoming postcards this week, which seems apt (albeit a little early) considering next week is National Postcard Week. 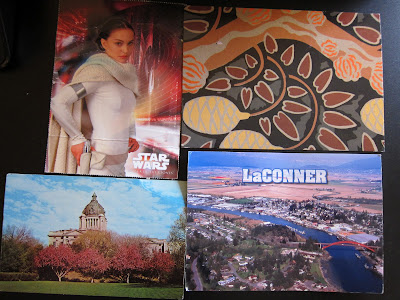 Below is my first handmade postcard! Isn't it great?! 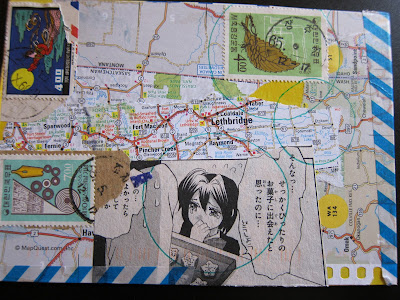 It occurred to me that my sloppy writing on my penpal ad at PenPal of the Week may have confused some people, because I've been recieving letters with the last part of my postal code as "2WB." I apologize; it should be "2W8." Luckily I've recieved the letters anyhow—Thank you Canada Post!! It appears that I not only flunked the lesson where you're taught the "i before e, except after c" rule, I totally slept through the "Learn how to write a 8, not a B!" class. Me bad student. Me so edumacated. 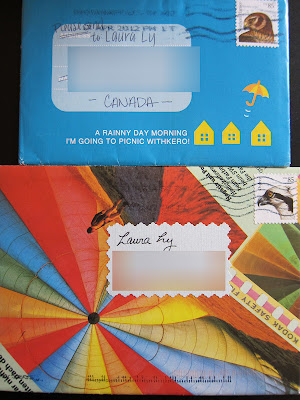 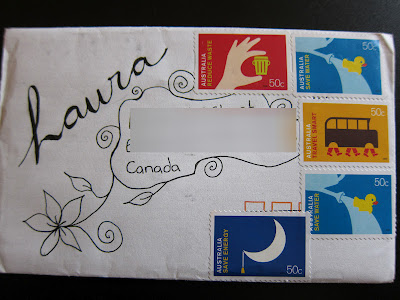 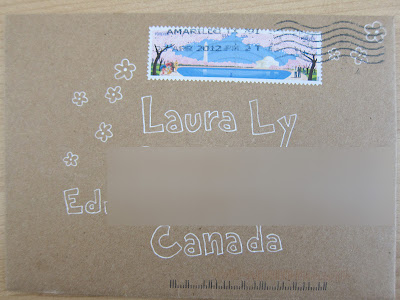 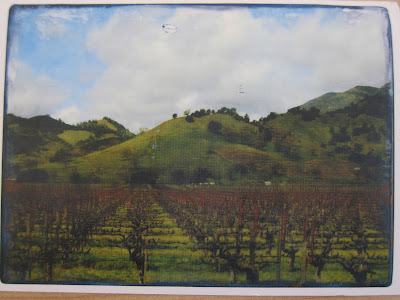 I may have gone a bit overboard on Julie's recent La Papierre sale.... 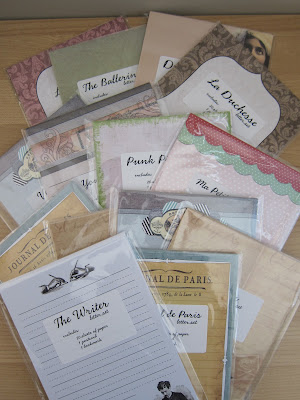 The bottom two postcards in the below image were my incoming for the weird as hell swap! 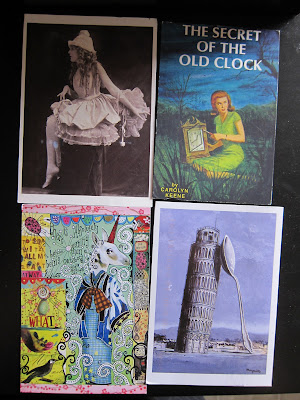 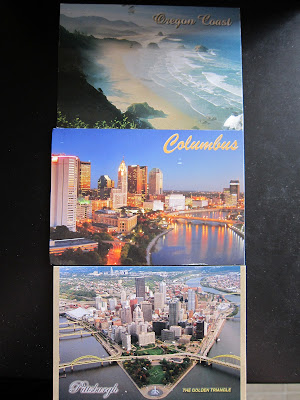 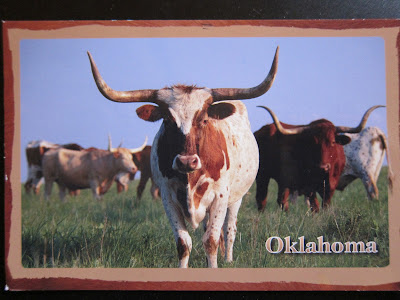 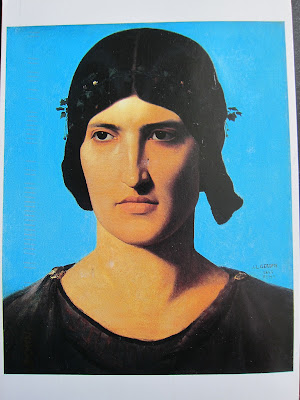 Below is a lovely first letter from Cheryl from Edinburgh (how CUTE is that Robin Hood address label? I just hope he's not going to steal from the rich (ie: me) and give to the poor because dude, you're barking up the wrong tree. I AM THE POOR. ) 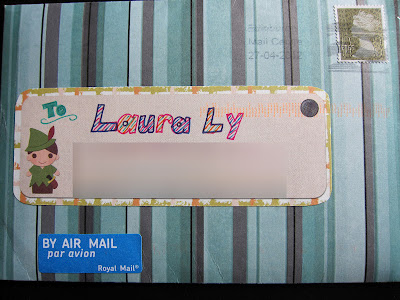 Now, not only did Cheryl include this absolute fantastic fortune telling fish in her letter, she signed off by declaring that she's "off to fight some cylons." Holy mother of penpal destiny...!!! I already know that we're going to be great pen friends. But I think I might need to convince her that sometimes, cylons are our friends too....because throwing people out the airlock occasionally is just good-old, harmless fun! 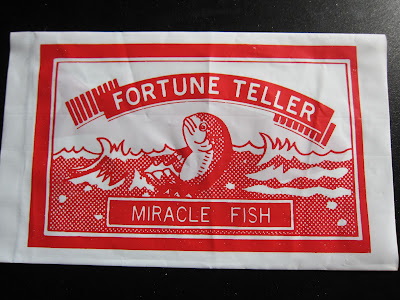 According to the fortune telling fish (that I've named Fred), I'm fickle! I resent what you're insinuating, Fred! I am not fickle! I'm just...oh, look at the pretty colours...can someone get me some sushi? 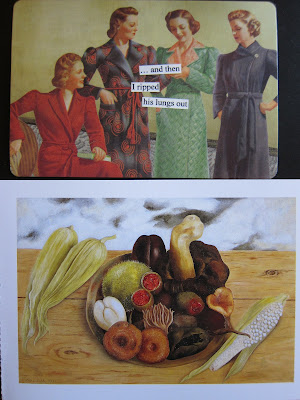 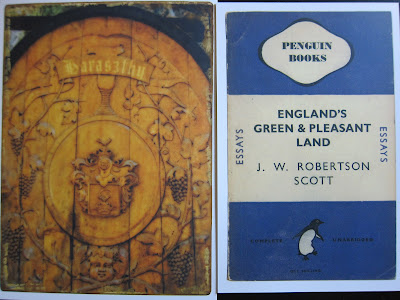 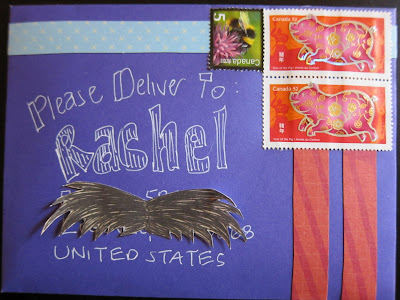 Natasha asked me whether the vertical envelopes that typically come in Asian stationery sets would be fine going through the mail. I didn't know the answer because I typically use my own envelopes so that I can decorate them. Since Natasha asked, I decided to use her letter as a guinea pig for vertical envelopes! I call it the Great Vertical Envelope Experiment of 2012! Oy you! Pipe down! I know it's not the most clever of names, but there's a reason why I'm a writer, not a scientist! However, I do hope Natasha gets the letter. Or that will really screw with the data on my first experiment... 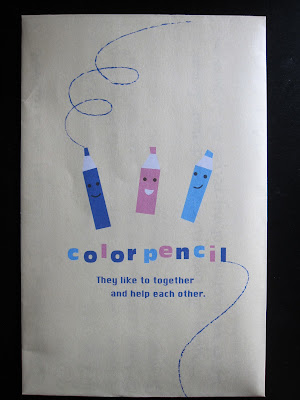 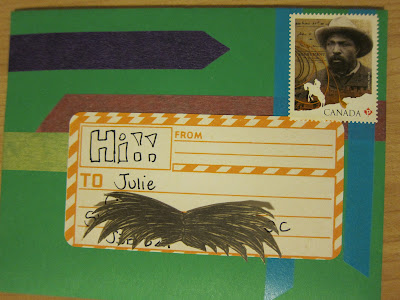 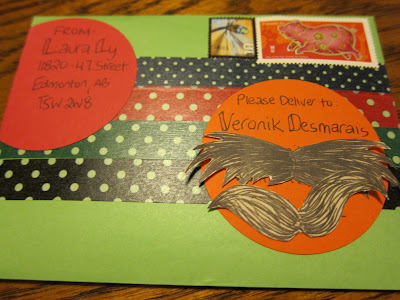 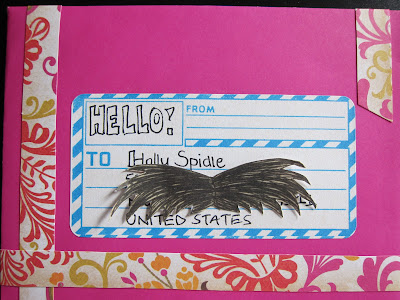 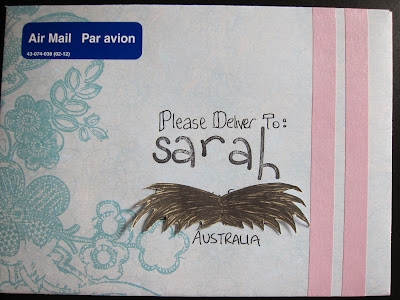 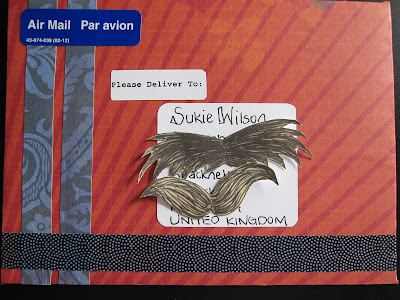 The last of my orphaned postcard children (at least until I recieve the ones from England). Goodbye Jasper and alternate histories California. I barely knew ya. 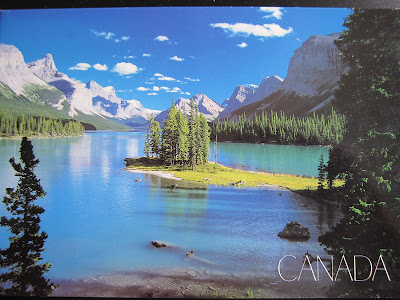 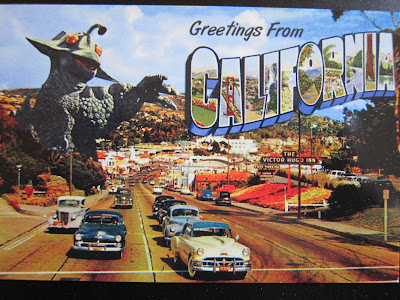 And that's all folks! Next week, my best friend is having a Doctor Who-themed week on her blog in honour of my birthday (crikey, I feel so, so, so old. I'm thisclose from telling you young people to get off my [blog] lawn).  Here's a sneak peek (well, not really a sneak peek because sneak implies just a small look, but really this is me blowing the lid off the whole week's worth of surprises—sorry Jinnee, please continue to love me): 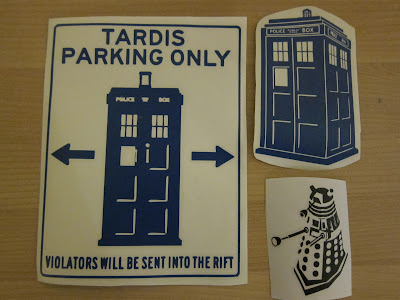 The best cards in the whole entire world 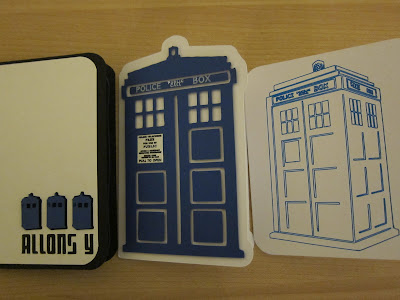 So don't forget to visit her blog all of next week because she'll be posting about how she managed to harness the awesome power of the TARDIS and put it into vinyl/card form (all without creating a time paradox! Round of applause for my best friend who didn't mess up time! *applause*).
Posted by Laura L. at 10:00 AM