She shoots, she scores some new year goals!

Hello, everyone! Welcome to 2014! Otherwise known as the time of goals and resolutions!

I made some poor decisions in 2013 that I quickly learned to regret, and I'm super excited that three days into the new year and I'm (so far) regret-free! Well, 99.999999987% regret free. I probably shouldn't have eaten that entire tub of cola bottles in one day. HOWEVER, on the bright side: I'm three days into 2014 and I already learned a valuable lesson! Don't eat a tub of cola bottles in one sitting. That only took me 30 years to learn. Hey, I'm a slow learner; don't judge me.

But the point is, I already know that this year is going to be infinitely better than 2013. I can smell it, like a sixth sense. And more importantly, I'm determined that this year is going to stay on track because I'm going to stick to my New Year's Goals. (I, personally, prefer the term "goals" as it seems to imply something that I'm trying to achieve, as opposed to "resolutions," which suggests something that I'm determined to change) 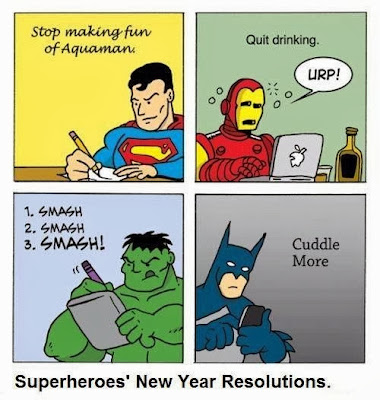 Six ways to a better Laura


So, what are my goals for this year? Here they are (there aren't six, despite what the subtitle suggests. I just never learned to count; see above re: being a slow learner):

1) Stop hoarding
- this means that I'm actually going to start using my stationery and other related-paper items, rather than continuing to store them in boxes. Stationery is no good when it just sits and collects dust in a box somewhere. So I want to spread the paper love to the people that I care about: my penpal peeps!

2) Keep coming up with designs for Please Deliver To
- Me and Jinnee (AKA my awesome partner and best friend) are still hard at work coming up with new designs for our geek stationery store and our goal is to keep coming out with the awesome throughout 2014. We already have Jane Austen, Community, Harry Potter, Pushing Daisies, and Pac-Man designs just waiting for print, and tons of other ideas lined up. It'll be raining geekery this year and you're going to need a heavy-duty umbrella if you don't want to get splattered!

3) Actually use up stationery packs (which is related to goal 1, really)
- I don't know about you, but half the battle of writing an actual letter seems to be the simple act of choosing a stationery set. It takes forever. People affected by the Hundred Years' War would probably look at me and be like, "Hey Lady, just make a choice already. The war was waged and won before you even finished looking at your paper." Then they'd cut me some side eye at the ridiculousness of it all. So my goal is to just work with a select few packs, use them until there are no more sheets left, and then move on to the next pack. No more using a few sheets here and a few sheets there. Stationery, watch out because there will be no more cuddling happening at Casa Please Deliver To; I'm now officially a "use them and move on" person.

And those are my goals! What about you, readers? What are your goals for 2014? I'd love to hear them. Perhaps we can keep each other motivated and on track!