Are you alive? Prove it by sending some mail!

You know how some websites require you to do a word verification in order to leave a comment? You write your pithy message, and up pops the word verification stating, "Please prove you're not a robot." I find this inordinately annoying. Does the internet know nothing about robots?! Because hello: ROBOTS CAN TAKE OVER THE WORLD. I'm pretty sure reading words on a screen isn't going to stump them. Oh, I can hack into the nuclear defense mainframe and the entire world wide web and make human beings into my little flesh slaves, but having to input the words "24 attyimiga"  into blogger is so complex and I cannot compute and systems shutting down now..... Clearly the internet needs to learn about cylons. And watch any science fiction movie about robots ever. 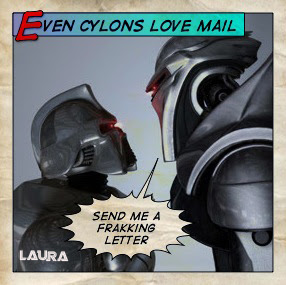 So the point is: the ability to input the words doesn't prove you're human, robot, anthropomorphic cheetah, or anything really. Plus, I'm not even sure I'm not a robot. Because if science fiction has taught me anything, it's that the people who think they're not robots often end up being robots. It's the good, old sleeper-robot trick. So because I'm such a smarty-pants, I just go around thinking that I am a robot. I'll use reverse psychology on the robots to convince them that I am a robot so that I won't be a robot.... wait, what?! I'M CONFUSED. I think I need to go in for servicing and maintenance. My circuits are fried. And the word robot is starting to look weird to me so let's move on, shall we?!


Marissa just finished going on a huge European cruise (two of them, actually!) and sent me postcards from the awesome places she visited, such as the one below from Pompeii (she also sent the one from Dubrovnik last week). IT'S NOT FAIR. I WANNA GO TOO. So from now on: if you go anywhere awesome, you have to bring me with you in your suitcase! I'm taking any replies to my letters from now on as agreement of these supposed-to-be-implicit-but-I-am-making-them-explicit-so-there's-no-confusion freaky deaky terms. Oh, and by replying, you also waive the right to be creeped out. Thank you and have a nice day!! 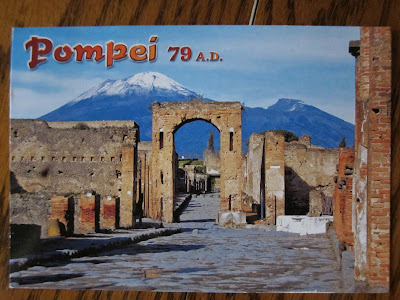 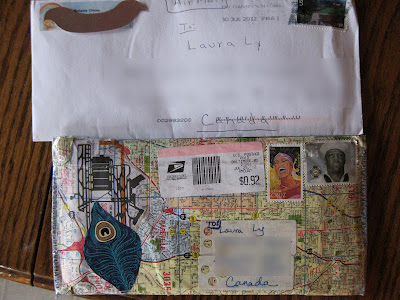 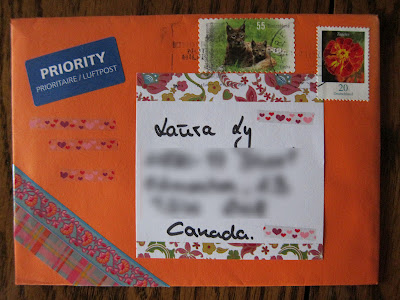 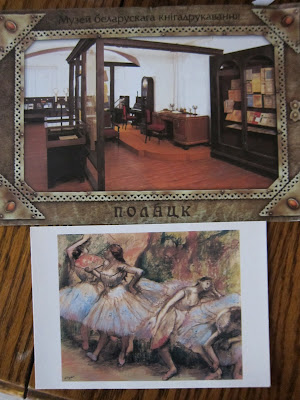 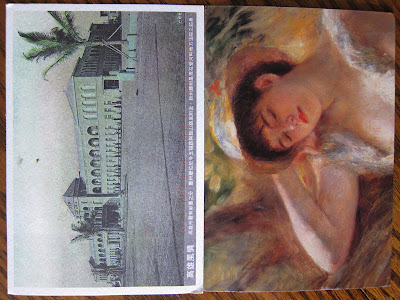 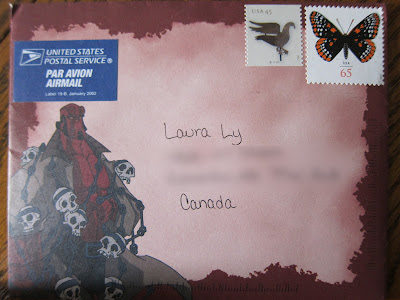 Kay sent a letter to my gunslinging alter ego: Johnny Quickdraw Dylan! That's me! When I'm not being Lady Laura, of course. Apparently I'm wanted for the terrible crimes of rustling cattle and abusing post scripts. WHY I NEVER! I would never rustle cattle! But I do abuse post scripts so hang me, ma'am, if you must. 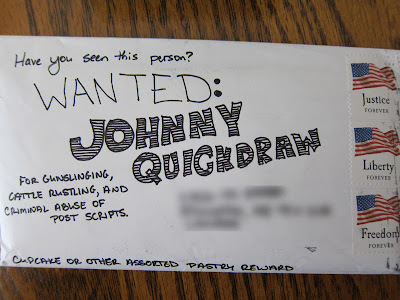 Kay also sent these fantastico, awesomesauce, velociraptor-iffic Marvel buttons. LOVE THEM SO MUCH. It must be Marvel week for me because Natasha also sent some great Marvel stickers in her Hellboy envelope above. I <3 <3 <3 my penpals; they are seriously the best of the best of the best. 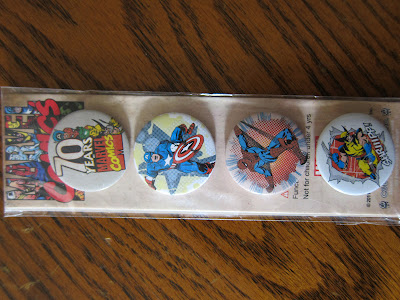 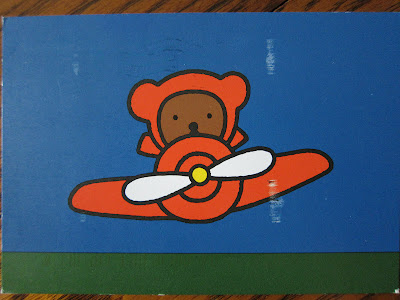 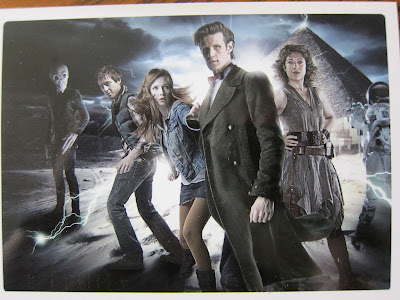 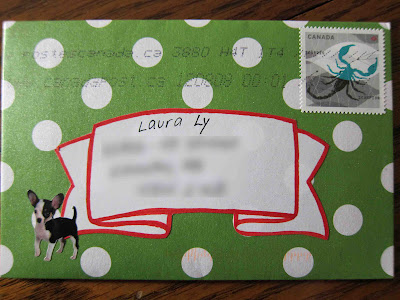 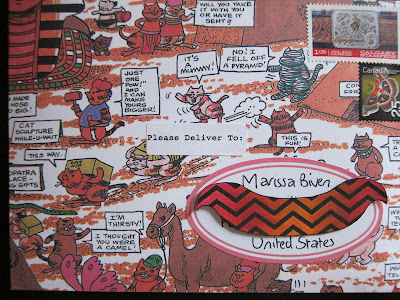 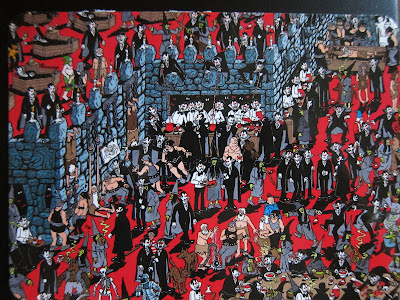 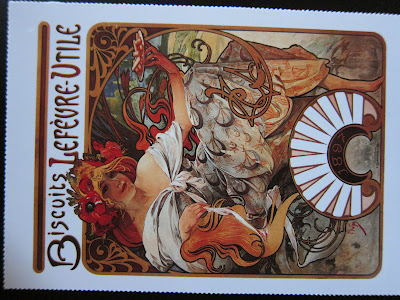 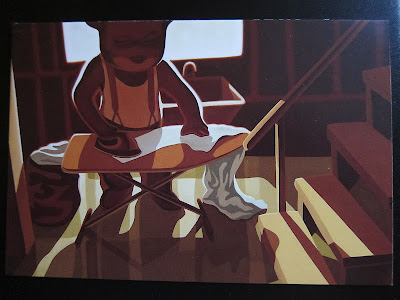 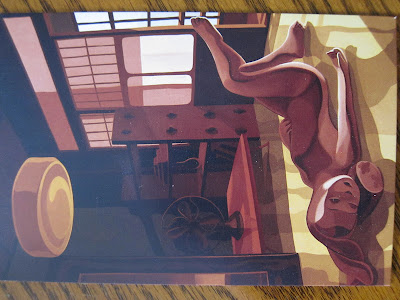 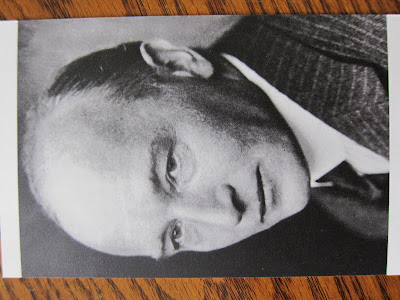 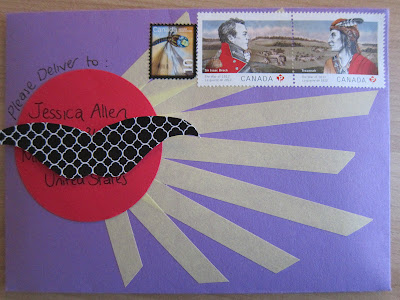 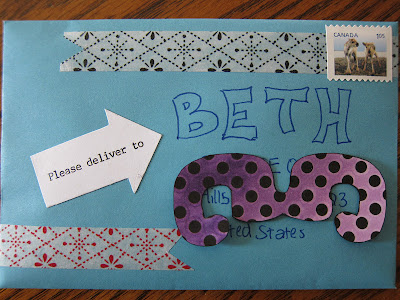 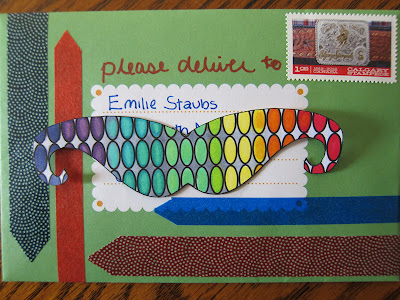 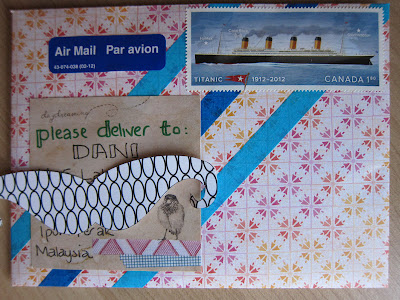 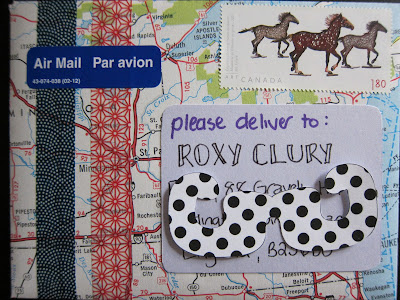