I've been turned into an envelope making machine.

Earlier this week, it occurred to me that I should make some new envelopes. I like to include an extra or two in my outgoing mail if I can, and sometimes those extras are postcards. However, due to non-standard sized postcards (damn you, non-standard sized postcards—why can't you just be like all your other postcard brothers and sisters?!!), I realized that none of my envelopes would fit a larger-than-normal postcard. So I plugged myself in, and underwent a very painful process to become an.... ENVELOPE MAKING MACHINE.

With the help of my wonderful best friend, I cobbled together an envelope template that would fit the largest of my postcards. I used an existing A7 template and just pared it down until it was the right size. However, this makes it sound like I Mary Poppin-ed the template into existence while also building homes for the needy, saving a child from being hit by a car, and making a 10 course dinner. Don't be fooled: I might have almost cut my finger off, had several mini fits when I mistakenly cut somewhere I wasn't supposed to, and nearly threw my scissors across the room in frustration—all par for the course when trying something new in my house. But once I created the right template, I was set! All that was left was tracing, cutting, scoring, folding, and taping. I'm pretty sure "wanting to die because my back was so sore" was also somewhere in between there (probably between scoring and folding). But behold my new envelopes: 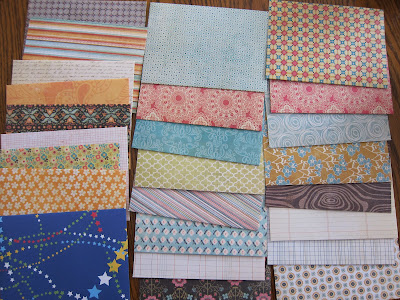 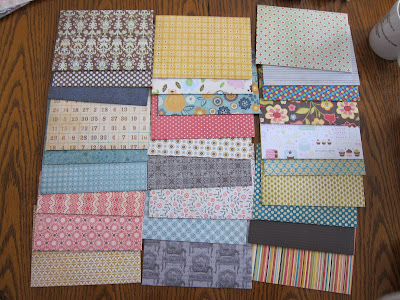 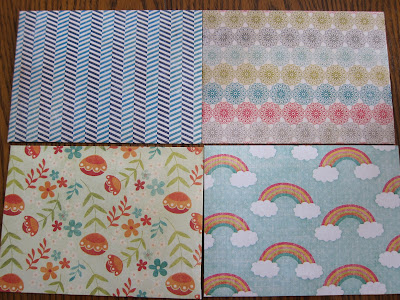 Here are a few of my favourites: 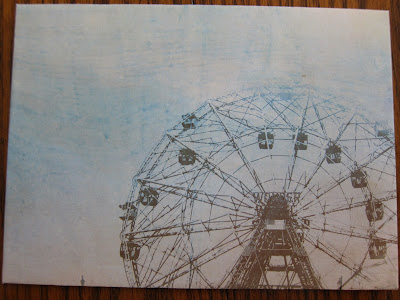 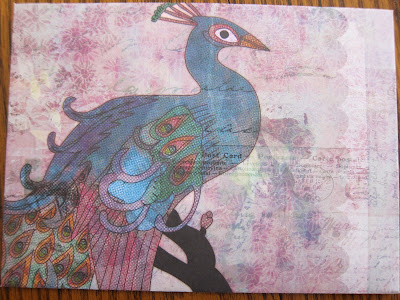 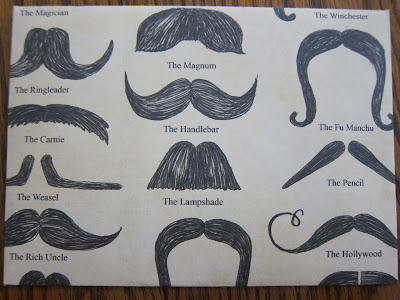 The problem now is that they're so pretty that I can't bear to part with them. In 15 years, I'll probably become Gollum, sitting with my envelopes, muttering, "my precioussssssssesssssss......" It's a scary future, and I'm frightened! SAVE ME!

Anyway, here is my incoming mail for this week: 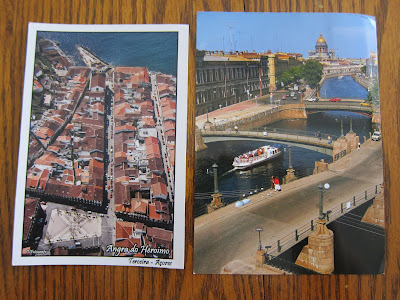 Letter from my really great penpal Kay. She draws doctor who and star wars cartoons—I think that speaks VOLUMES about her awesomeness. 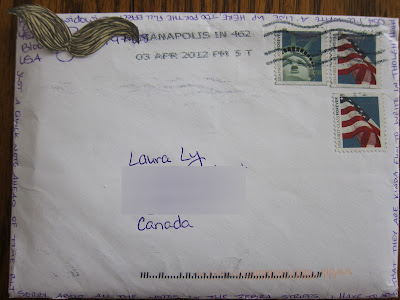 Letter from Charlotte in the UK. This was an interesting envelope because it appears that she paid for the postage and printed the envelope online! 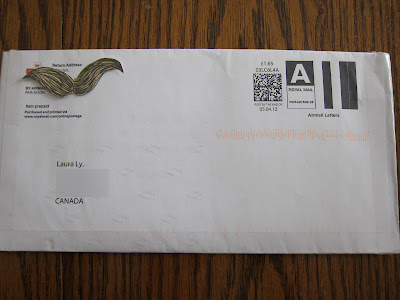 Letter from Anna in Poland. I learned a lot about Lomza, the city that Anna lives in. 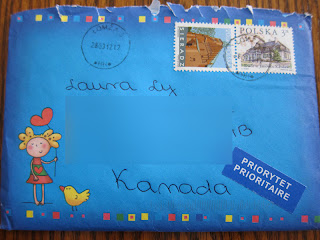 Card from LR which was an unexpected surprise through sendsomething.net. 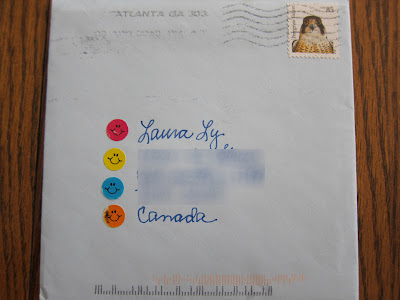 These two postcards are for a swap-bot.com swap 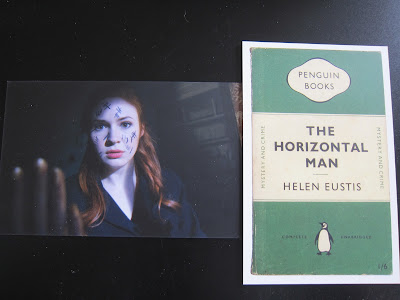 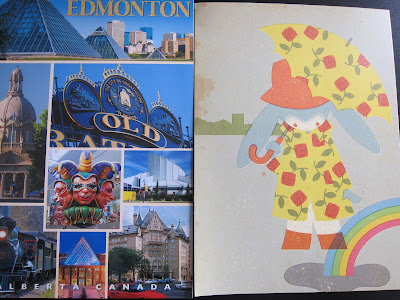 Replies for Kay, Anna, and Charlotte. 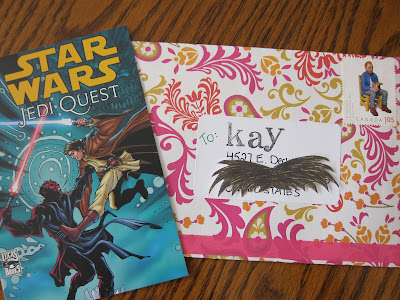 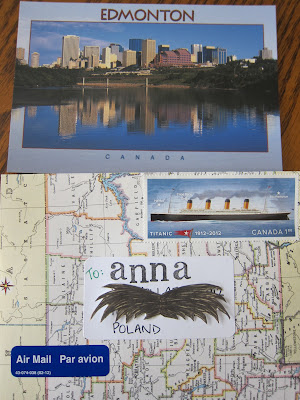 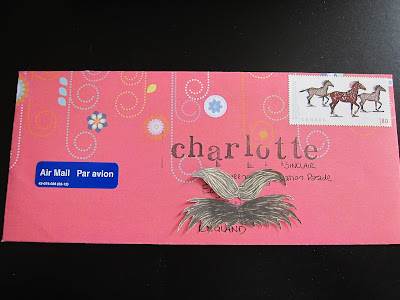 Email ThisBlogThis!Share to TwitterShare to FacebookShare to Pinterest
Labels: envelopes